The eagerly anticipated debut album from Amycanbe is achingly sweet music for the body and soul. It heralds the arrival of one of the most innovative and exciting new talents on the European music scene.

Blending the vocals of Francesca Amati, with folky guitar rhythms, horns, drum beats and abstract elements of electronica, Amycanbe’s sound is vibrantly fresh and seductive.They formed in late 2003 in the city of Ravenna in north eastern Italy, and have gone on to build a huge following in their homeland, attaining widespread critical acclaim for their self titled debut EP – a series of unproduced home recordings! 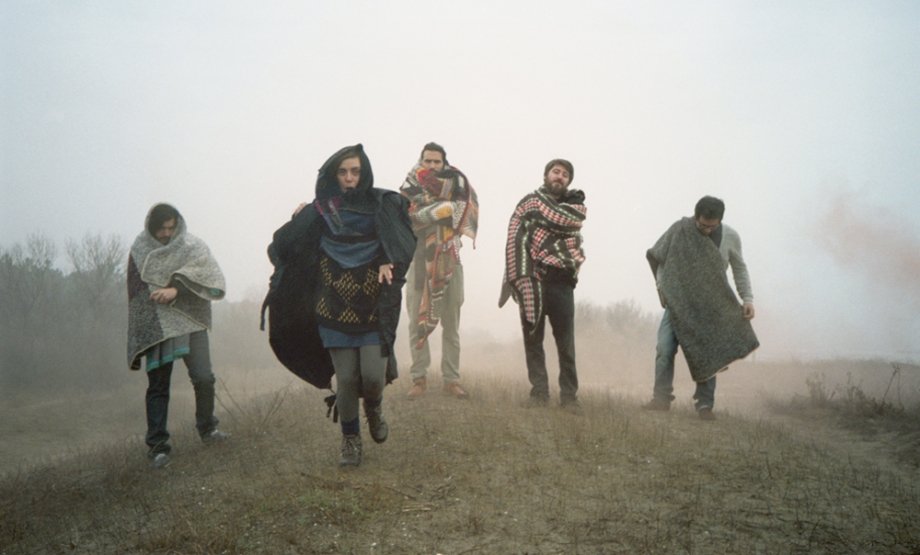 Their EP was hailed by one magazine as one of the most important releases of the year, and it wasn’t long before the band started drawing ripples of positive attention across Europe. Tour support slots for the likes of Skin (Skunk Anansie) followed.

Amycanbe are made up Francesca Amati on vocals, Mattia Mercuriali on guitar, Marco Trinchillo on acoustic guitar and drums, and Paolo Gradari on trumpet, guitar and keys. With a diverse range of influences, including Aphex Twin, The Flaming Lips and Tom Waits, Amycanbe have created a hybrid sound, unlike anything you’ve heard before.

All of their songs are original compositions, written and recorded during a fruitful period when the band were tucked away in their Alpine mountain retreat, cut off from all outside distractions, and immersed in their deep passion for creating soul tingling music.

Their debut album, Being A Grown-Up Sure Is Complicated, was released on Dancing Turtle in October 2007. To support the release, the band played a seven-date tour across the UK, warming crowds with hits from the album; from the folky charm of Down Under, to the spectacular driving rhythms of Burning; the psychedelically introverted Heal and the eclectically diverse Little Dog.