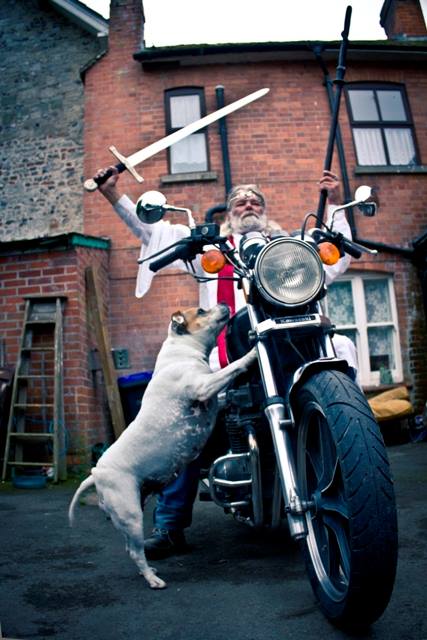 Who is King Arthur? In 1986, Jonny had a realisation that would change his life forever. The daydream world he would often drift into when he was a child was in fact dark-age Britain.

Since then, equipped in full battle robes, crown, and carrying his four and a half foot Celtic broad sword Excalibur (made for the 1981 movie) and riding his trusty steed – a Triumph motorcycle – he has taken up his quest: to fight for truth, honour and justice. His journey has taken him from the frontline of road protest movements at Newbury through to two attempts to win a seat in the UK Parliament, as well as ongoing battles against English Heritage to provide free access to Stonehenge and prevent the removal of ancient remains from the site.

Provided with rare and exclusive access over the course of a year, Being King Arthur tells the remarkable story of a very modern day druid King and his Knights of the Round Table at their castle Camelot – Stonehenge.