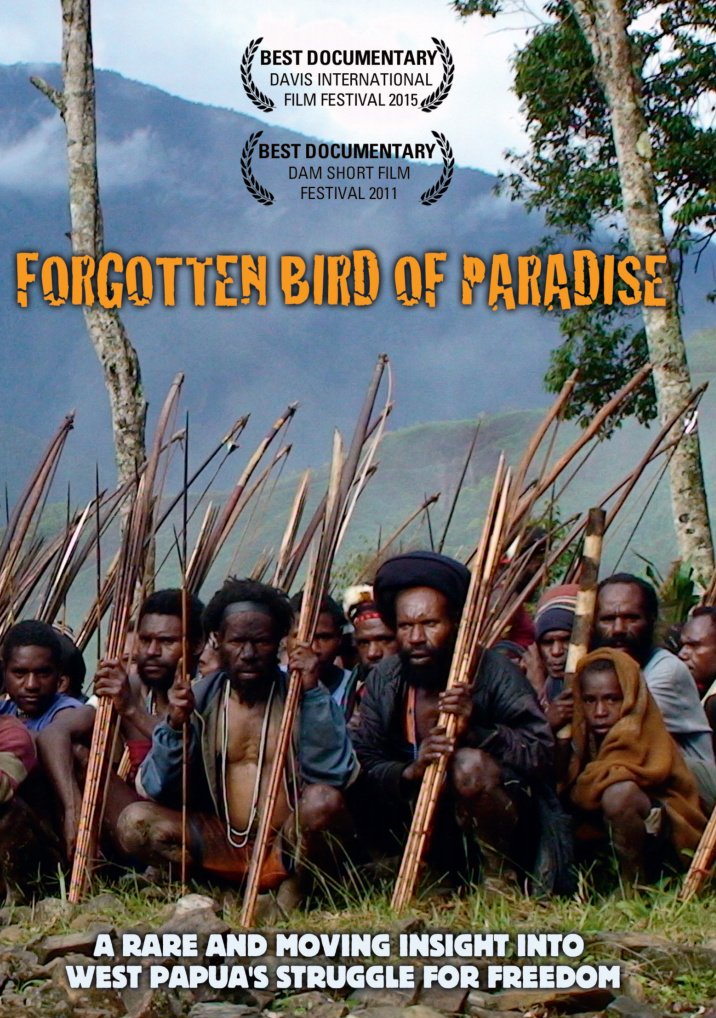 Multi-award winning documentary Forgotten Bird of Paradise, provides a rare and moving insight into the struggle for independence that has gripped the region since the Indonesian invasion of West Papua 1962.

With international media and human rights groups banned from the region, English filmmaker Dominic Brown travelling undercover, without the knowledge or authority of the Indonesian authorities.

The documentary includes never before seen footage of West Papuan freedom fighters at their stronghold deep in the jungle, as well as interviews with human rights victims of the Indonesian regime. There is also footage showing the reality of daily life for those living under Indonesia’s colonial rule which bears all the hallmarks of apartheid.

Most startling of all is an interview conducted with high profile political prisoner Yusak Pakage. He was jailed for ten years for taking part in a peaceful flag-raising ceremony, and is recognised by Amnesty International as a ‘prisoner of conscience’. The interview with Pakage was recorded in secret during a hospital visit where he was receiving treatment for torture.

The documentary also provides an insight into developments on the international arena surrounding the West Papua conflict, including the launch of the International Parliamentarians for West Papua. This has seen a growing number of politicians collectively raise their voices against the ongoing occupation, and support the right to self-determination of the Papuan people.

Frequently breathtaking and thought provoking, Forgotten Bird of Paradise provides a remarkable insight into a world where ancient traditions and cultures live on into the modern age. Above all it shows the inspiring resilience of a people who have suffered so much under Indonesian occupation, but whose determination for freedom burns stronger now than at any time in history. Finally their cries are starting to be heard.